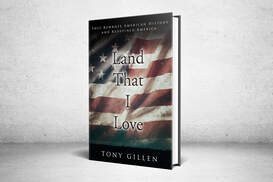 It's a song everyone knows and everyone sings.
America is exceptional!
Her story is inspiring!
Her name is unbelievably appropriate!

But how much do you really know about the story behind the land that became America?

How was America named? Here are 6 possible ways that America was named - and what the word "America" actually means.

If I ask you about baseball will you talk about Major-General Abner Doubleday - in Cooperstown, NY? Jeremy knows that General Doubleday never even went to Cooperstown. And he discovered a strange coincidence between baseball, Jane Austen, and fires

Who took tobacco and potatoes back to England? You just said Sir Walter Raleigh, didn't you? 'Nutty Walt from the Colonies', as Bob Newhart called him in that hilarious monologue. Well, as Leshawn discovered, it wasn't Sir Walter. So who was it - and what happened to him?

I'm almost tempted to say "Don't tell that to me - tell it to the Marines."  But then I'd have to ask where that saying comes from and what it has to do with New York.

Evelyn Jones is a history teacher - a teacher on a mission. As you read Land That I Love you will learn a lot about Evelyn, her mission and how she applies powerful teaching skills and simple motivation theory to bring out the best in her young students.

CLICK HERE to get your own copy of this amazing story. Be inspired!

Join Miss Jones and her class of young detectives as they discover so much about the 'Land That They Love'
Follow them as they discover, discuss, think, form real opinions, and draw powerful conclusions about this wonderful country - and their role in it.

Miss Jones has a mission. It is to enable her students to:-
Be Knowledegeable
Be Confident
Become Exceptional
So follow these student detectives as they learn so much about America and then teach what they learn to their classmates.
Follow Miss Jones as she guides them on their own exceptional journeys. Each one astounds their classmates and their teacher with facts they learn, ideas they create, and conclusions they draw. So many people help these students - parents, grandparents, the town librarian, the postmaster, even the pastor (who is sworn to secrecy by Tom, the class mathlete.)